Luxembourg’s POST Headquarters is located in the heart of the country’s bustling Gare district, overlooking the frenetic crossroads of Place de la Gare, and the city’s central transport hub. Adjoining an existing heritage-listed block, the 22 370 m2 net floor area office HQ will house 1,000 employees and act as a new landmark for the country’s largest employer. It has been designed as a versatile user-friendly facility that brings together the company’s activities and functions under one roof to motivate employees and enable more creative connections. 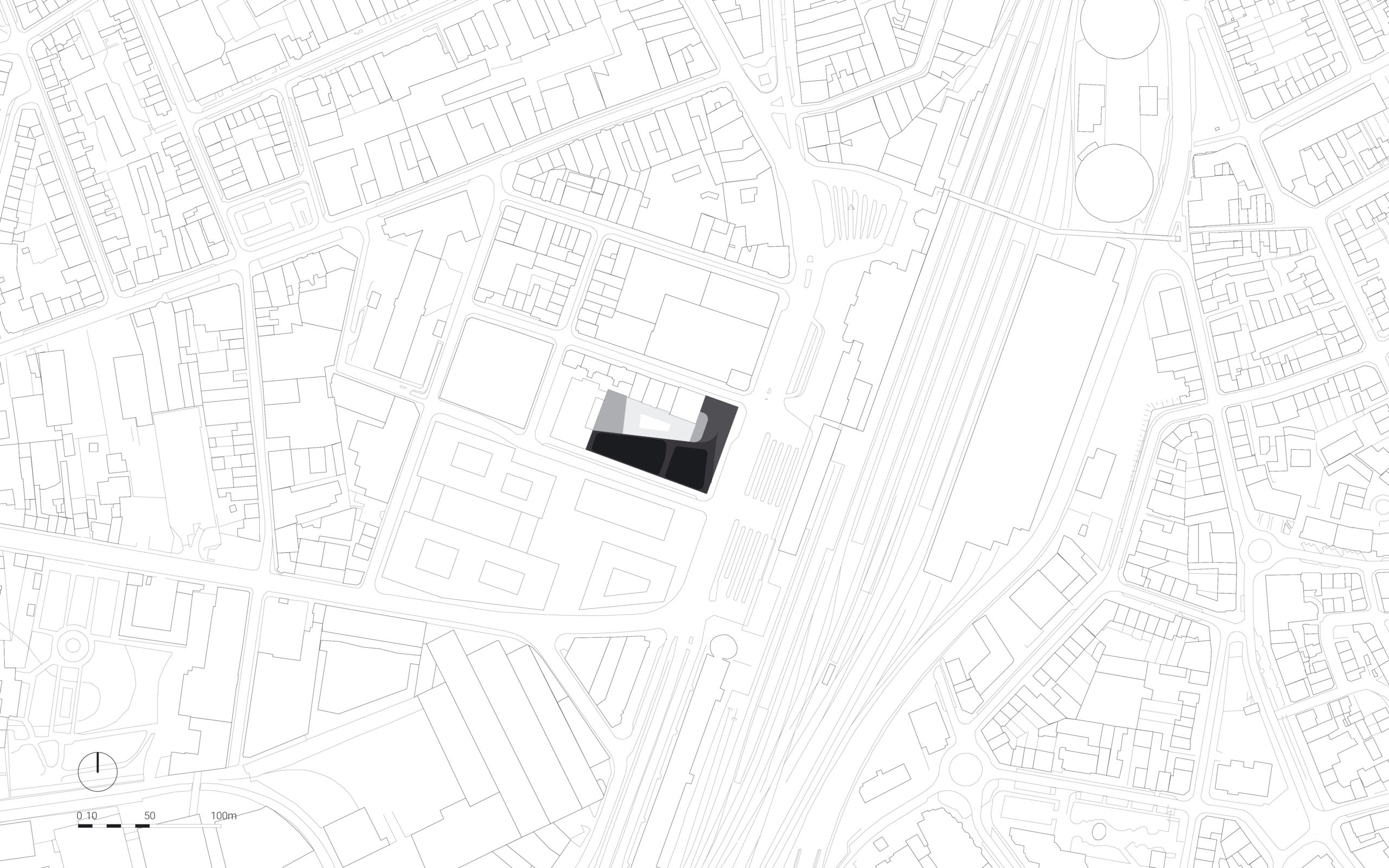 The building straddles Place de la Gare – one of the city’s busiest roads – at the intersection of the country’s international commuter traffic. Framed within a dense urban block, it is predominantly perceived laterally by vehicles and pedestrians traversing past. 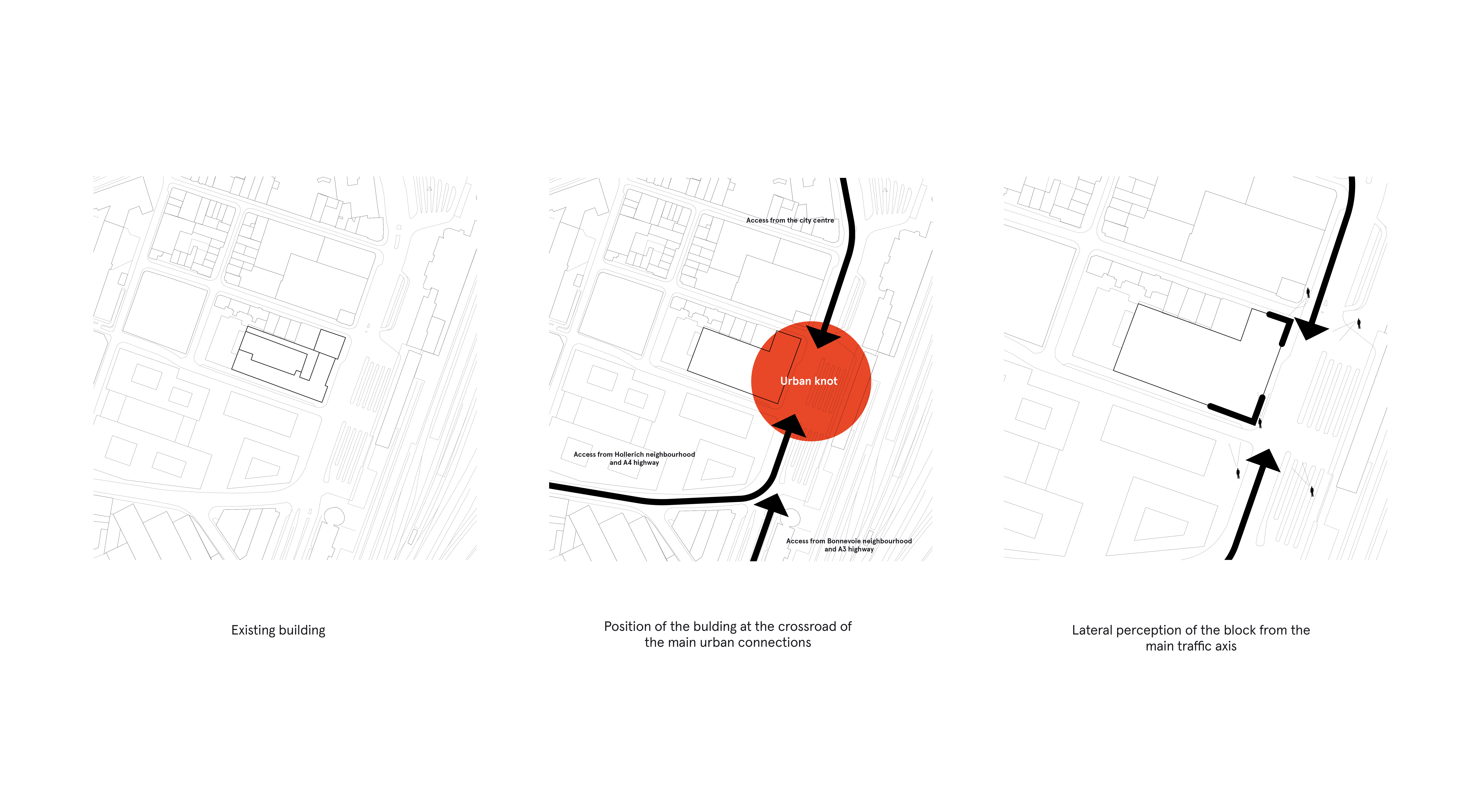 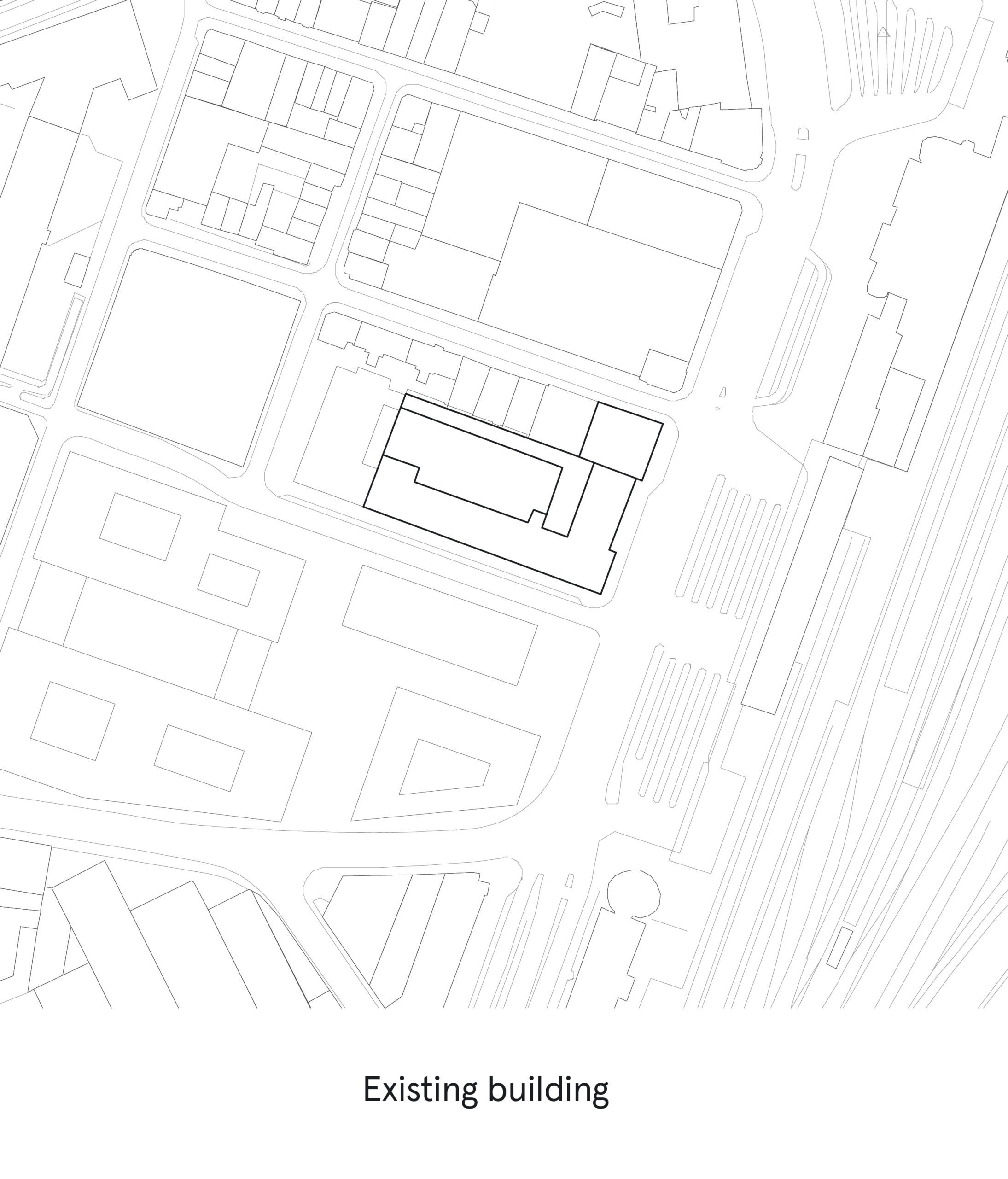 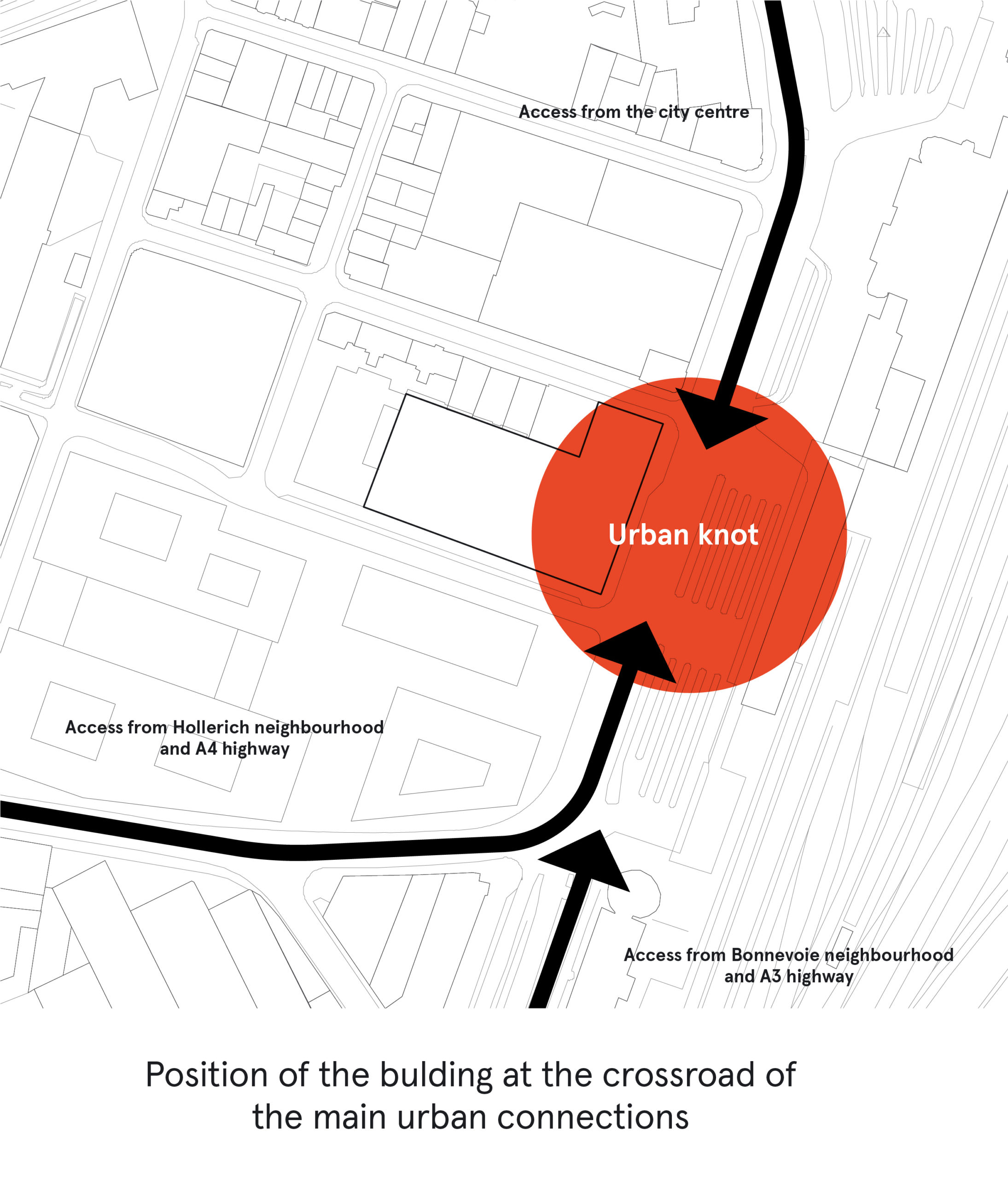 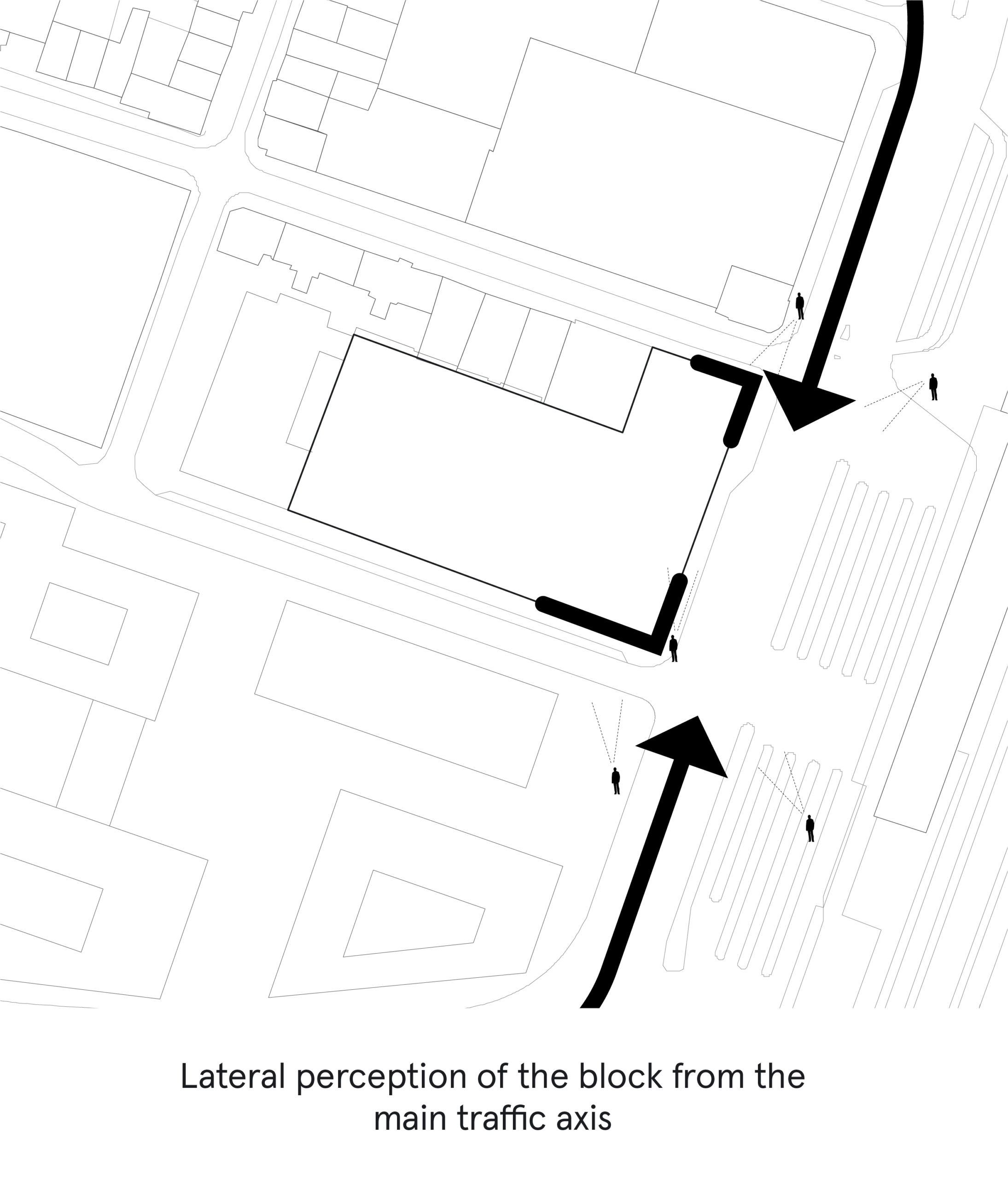 To animate the exterior and interact with the street, vertical slatted-stone elements were used to activate the facade. Their varied inclination creates an undulating rhythm that brings the building to life with the changing orientation of light and movement.
While the building maintains a striking monumental mass, its playful permeability belies an openess that transforms its volume. It merges into a single unified form that becomes an integrated part of the surrounding city fabric.

“This building is one of the stones which will mark the change of image of the district.”
Lydie Polfer Mayor, City of Luxembourg

Post Luxembourg has an organizational structure that is built on clear communication between its different sectors. As a result, its HQ was designed to facilitate an open horizontal hierarchy that connects each department around a vast open atrium that spans the height of its interior.

““The idea in the layout of the spaces was not to place the hierarchy at the top of all the staff, rather at the heart of the system.””
Claude Strasser Managing Director, POST Luxembourg

This central void hosts a spiral staircase that becomes a conduit for connections between the floors while also providing a link and an anchor for all the employees. This zone is encased by a dedicated series of functions, from lounges and game rooms to wellness and fitness areas that allow users to congregate and communicate around a central hub.

Different common areas where people can meet, work together, exchange ideas, cook, relax and do sports contribute to the overall wellbeing of employees. 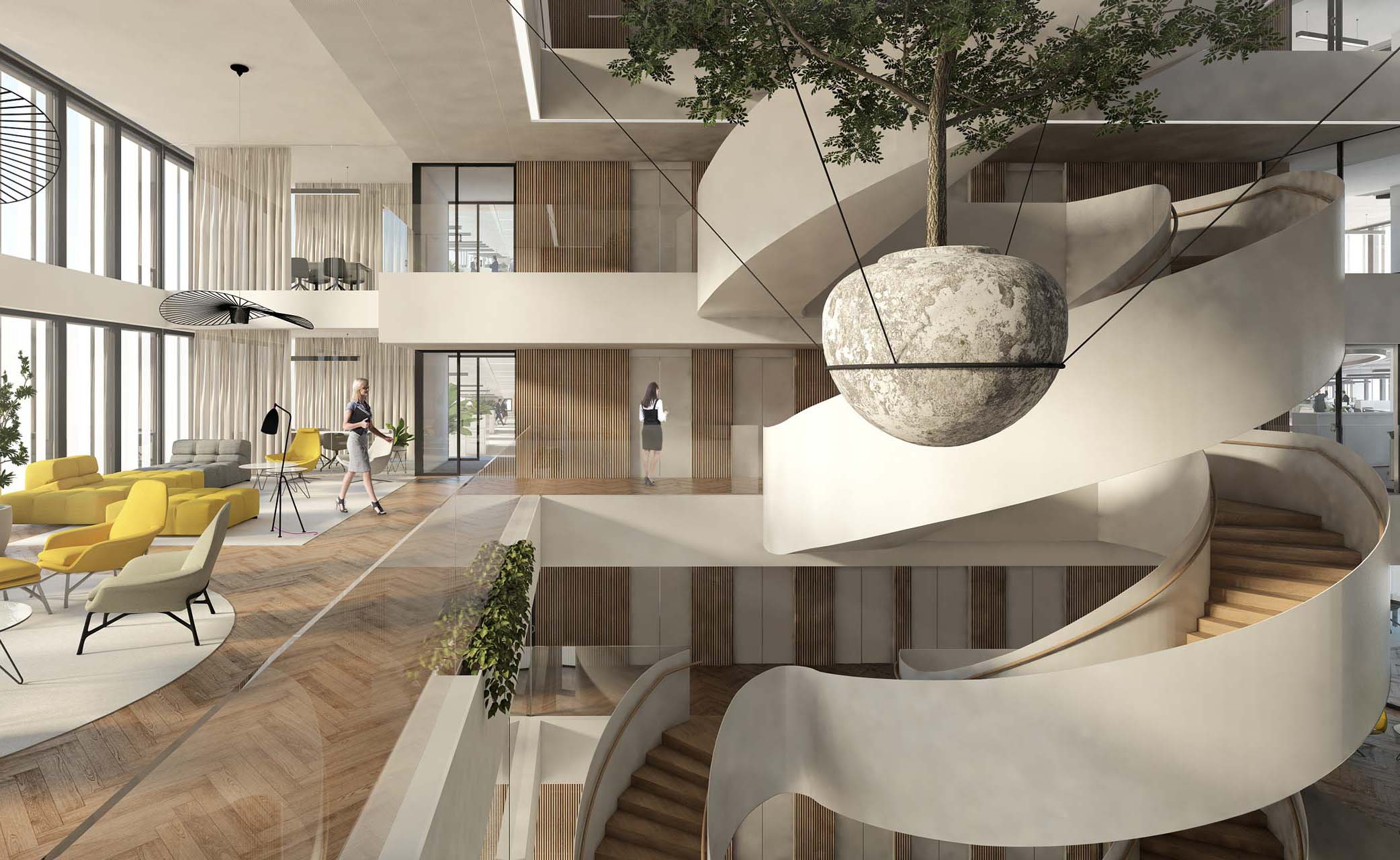 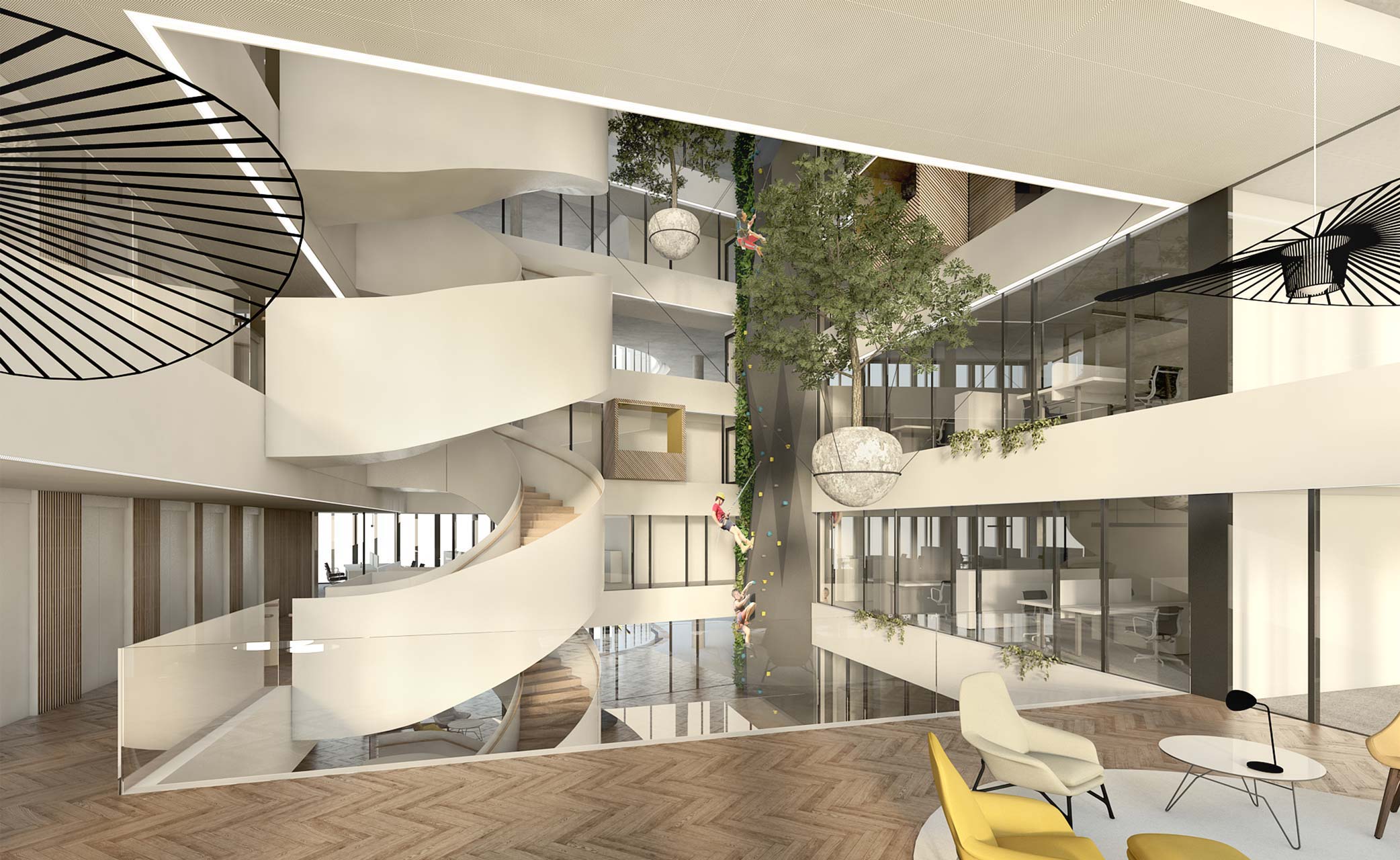 Nestled into the site’s northern corner is the Accinauto building – an eight-story heritage-listed vestige of 1950s classic architecture. As a protected emblem of Luxembourg’s industrial past, its façade has been preserved and integrated into the new building along with the projection of its roof pitches. This colossal feat was achieved by reinforcing nearly 700 tonnes of foundations.

To create a seamless integration between the existing listed building and the new HQ, the original pitched roof was extruded and morphed into a vertical façade along its parallel length. This rotational folding of the roof form softens the monumental stone edge of the new construction but also merges with the alignment of the adjacent neighboring facades.

While the building is surrounded by a dense urban fabric of traffic, noise and transport, it’s interior harbors a tranquil sanctuary of gardens and paved spaces for its 1,000 employees to unwind.
A key design initiative was to create zones, other than offices and corridors, for the wellness of its users. A combination of courtyards with small areas of urban nature offer respite from the immediate busy infrastructural landscapes and a chance to recharge and relax. 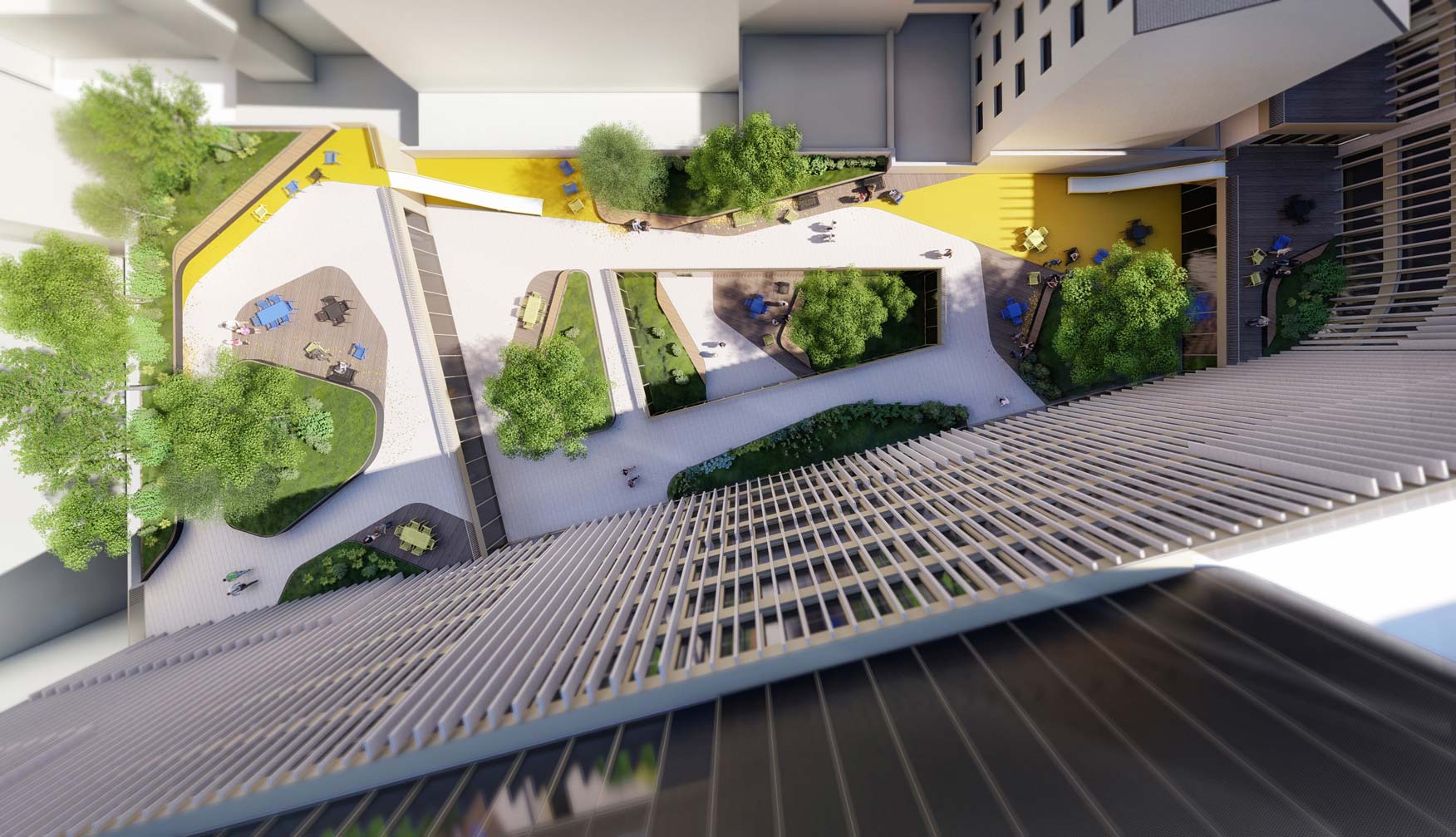 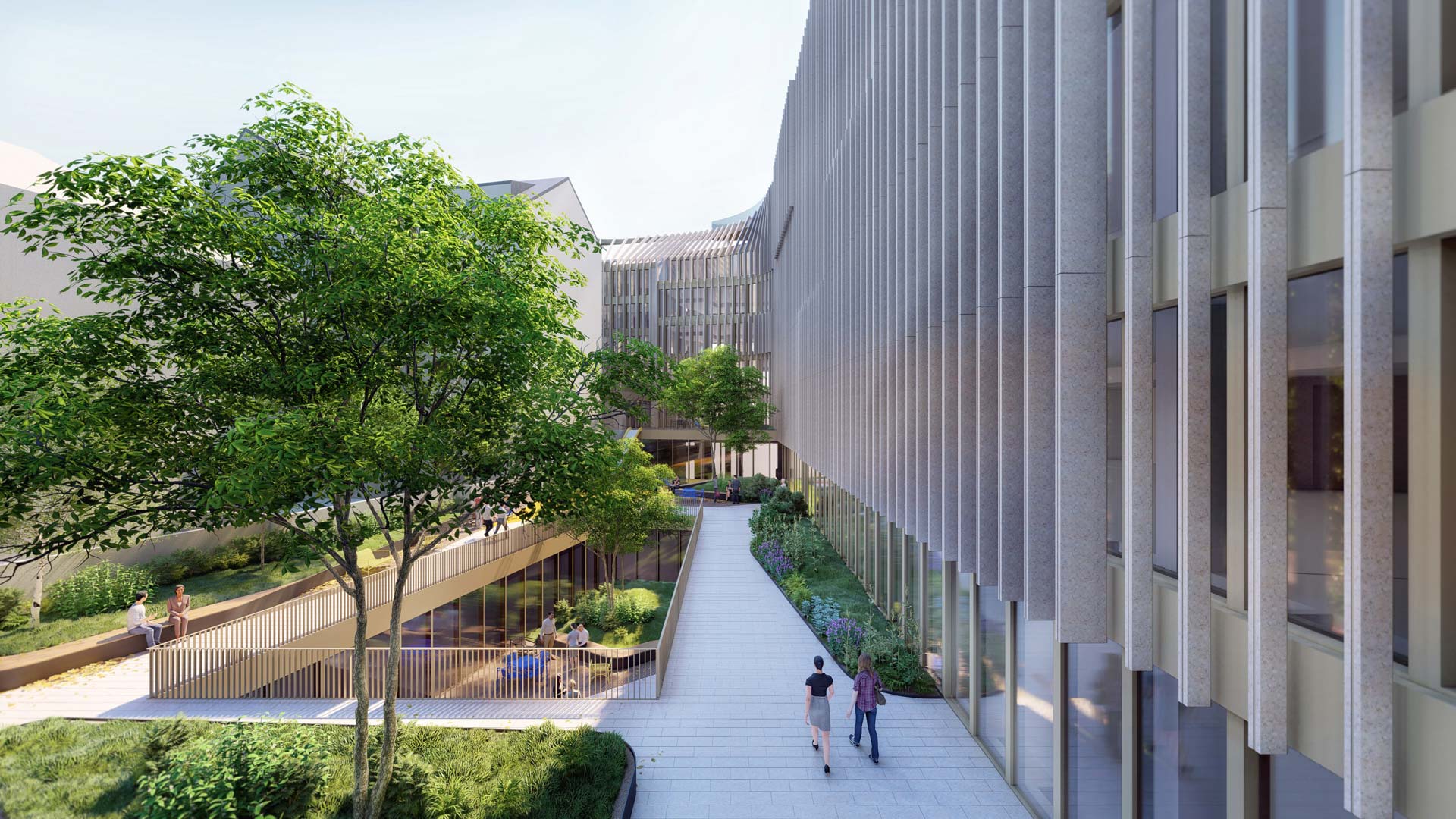 How to create a zero energy building?

POST HQ has a goal to achieve Deutsche Gesellschaft für Nachhaltiges Bauen (DGNB) platinum certification, which is one of the highest levels of environmental accreditation available. To meet these requirements, its design had to respect strict ecological construction criteria including the integration of air conditioning via active tiles, rainwater recovery, automated lighting management, and the use of natural materials.

To manage both cold and heat, the building will have neither air conditioning nor a boiler. Instead, it features a giant ice container (2,110 m3) and a heat recovery system from the Post Luxembourg data center, which is located behind the construction. The building will also be equipped with solar panels, rainwater collectors and energy-efficient high-performance glazing.

“In the end, we will have a building without direct carbon emissions for 28,000 m2.”
Claude Strasser Managing Director, POST Luxembourg