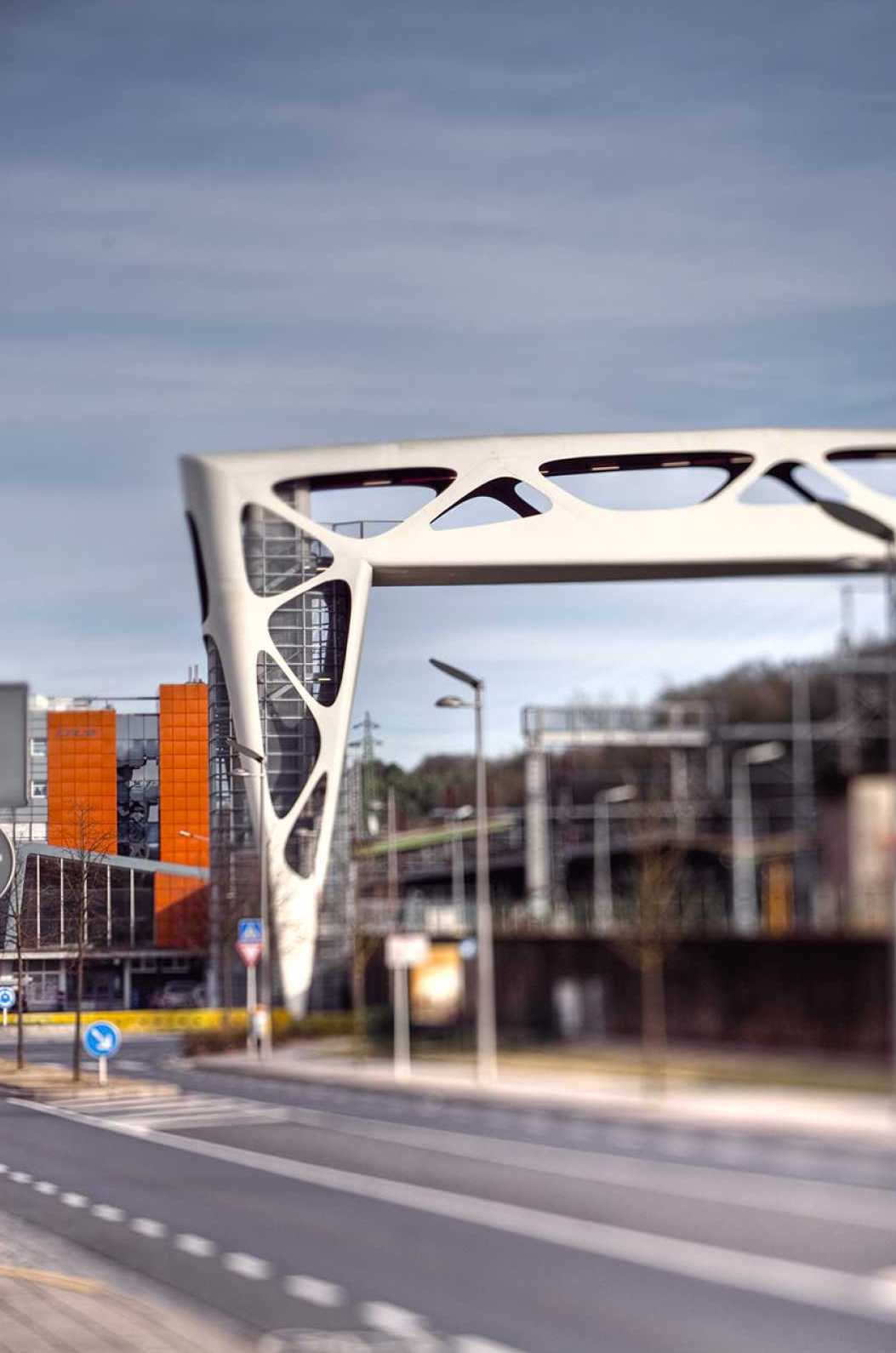 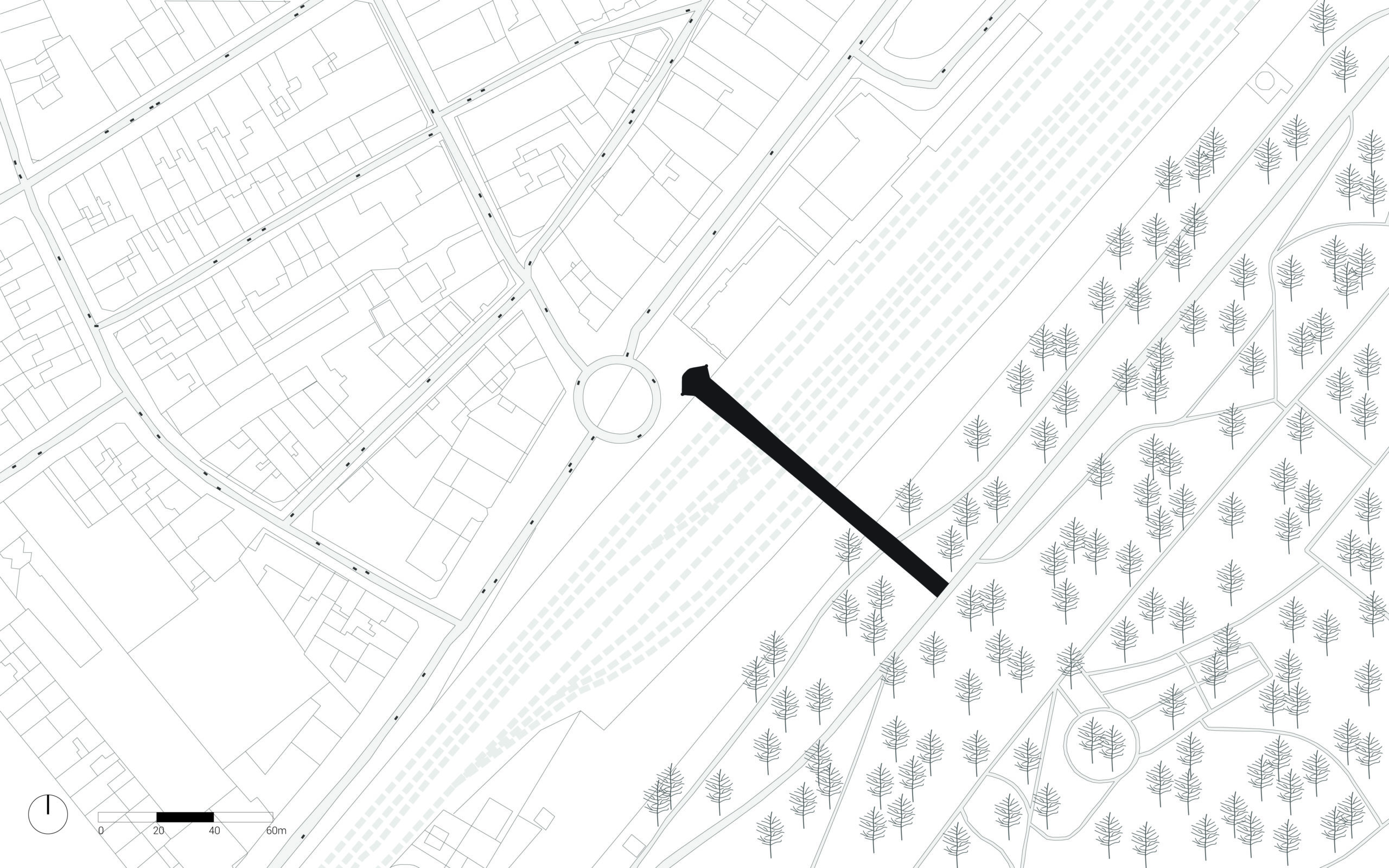 The Esch footbridge (‘passerelle’) is the answer of a search for identity, form, and significance. It grants the city of Esch-sur-Alzette an intriguing and spectacular landmark, symbolically linking two different worlds. 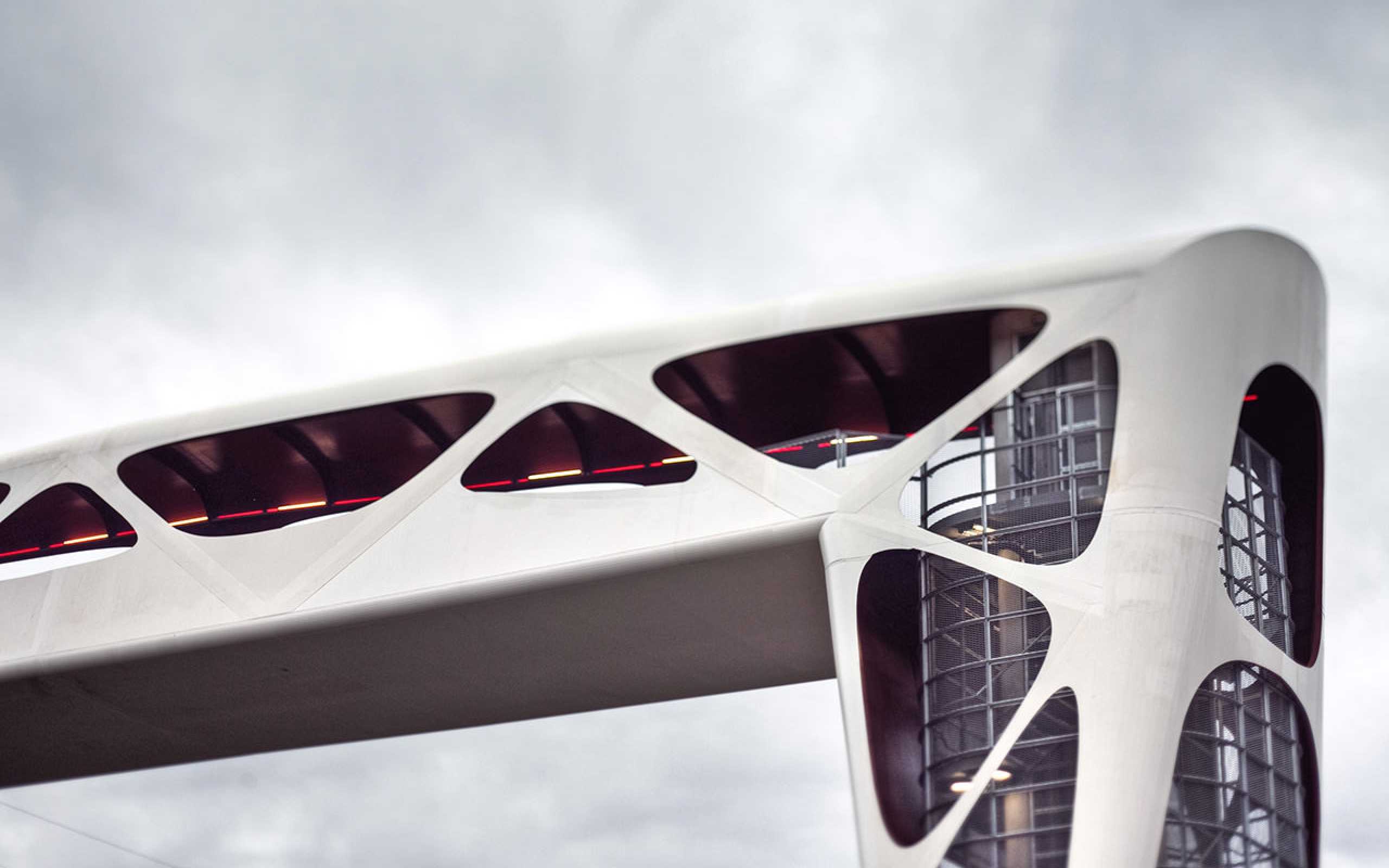 The bridge is made to trigger your feelings and unleashes a storm of questions without leaving you indifferent. 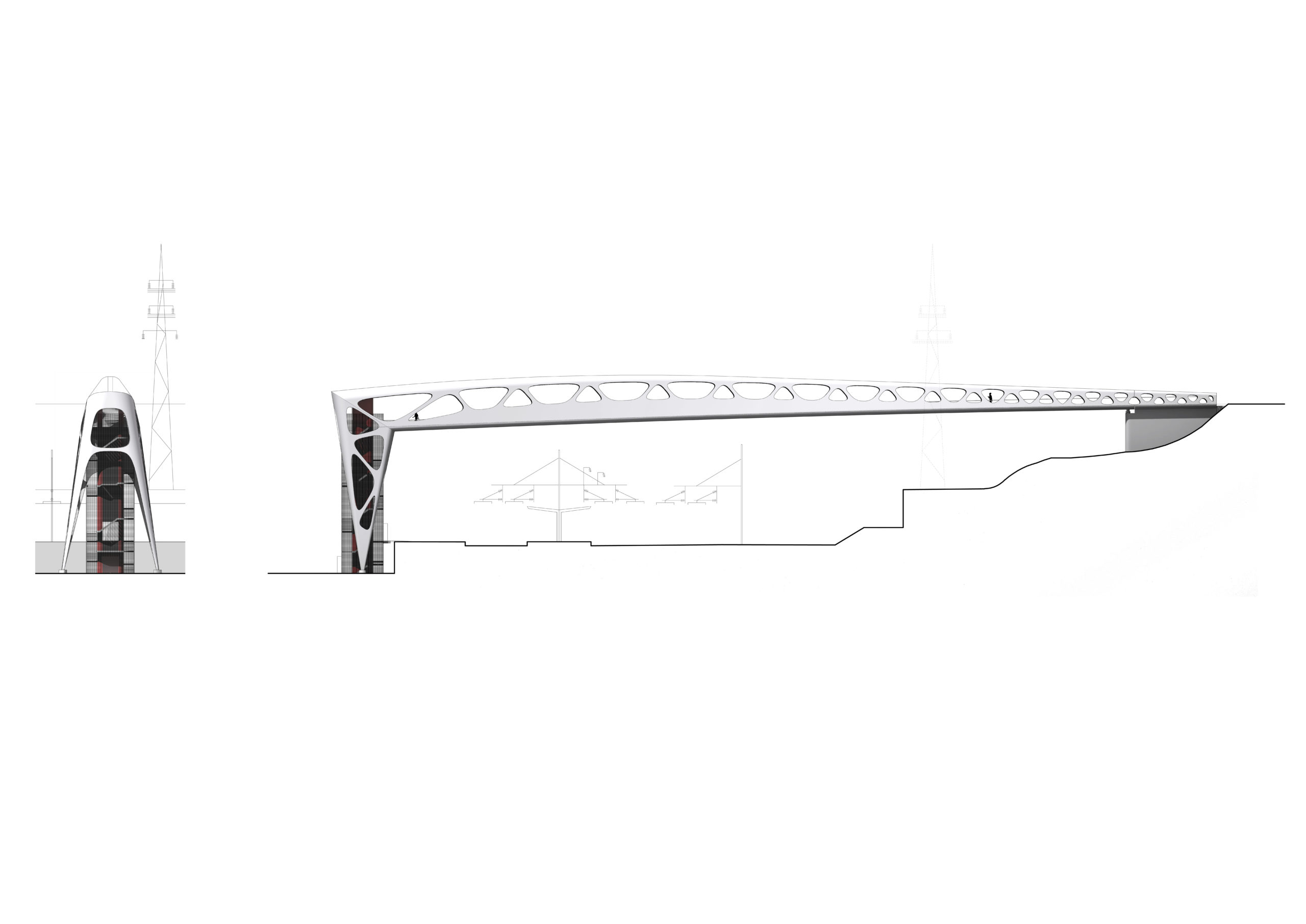 What is this bridge and where does it lead to?

As the access to another world would remain unknown, it inspires you to get on to get on a journey and discover the height while bridging the chaotic downtown and the quiet nature. 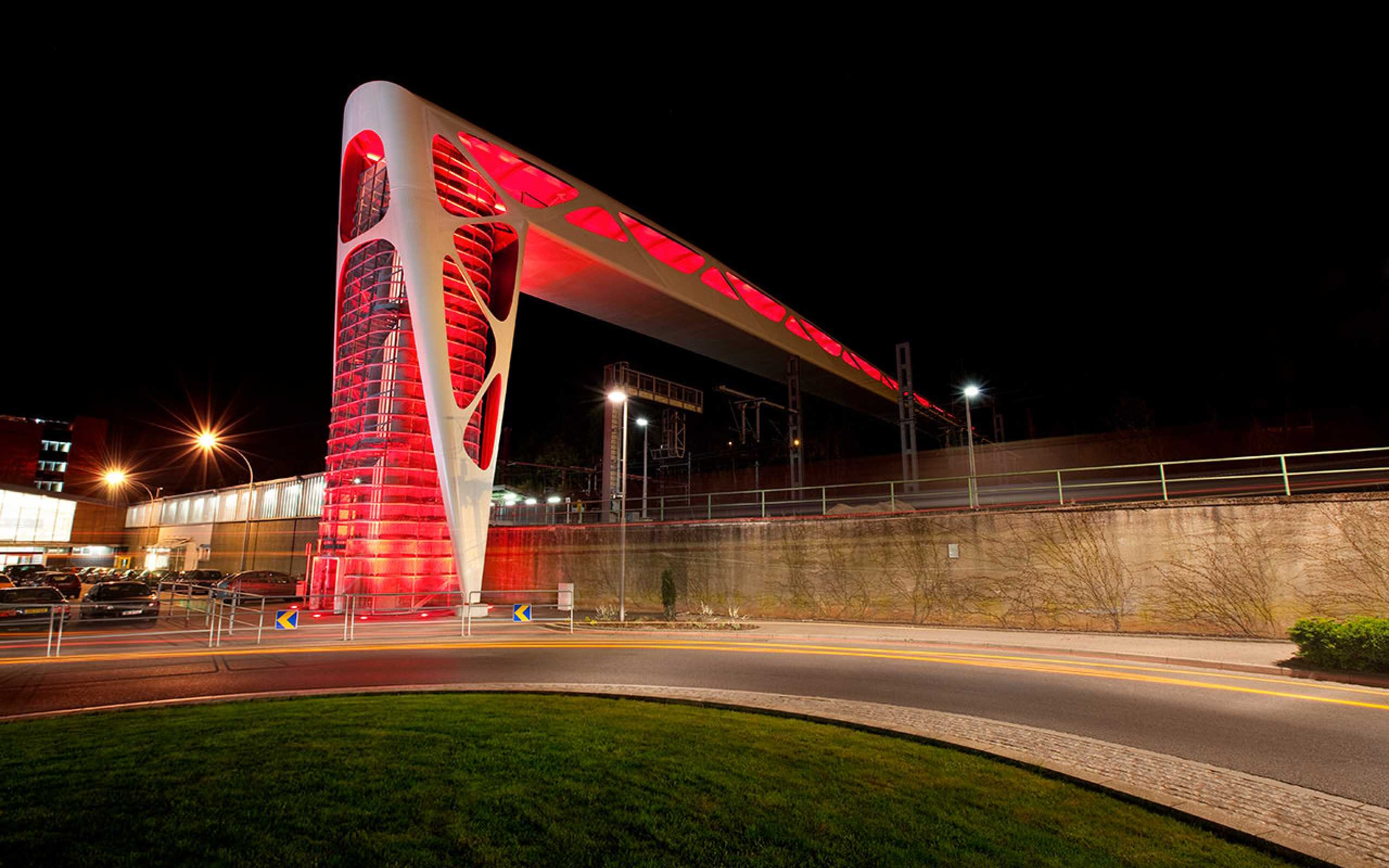 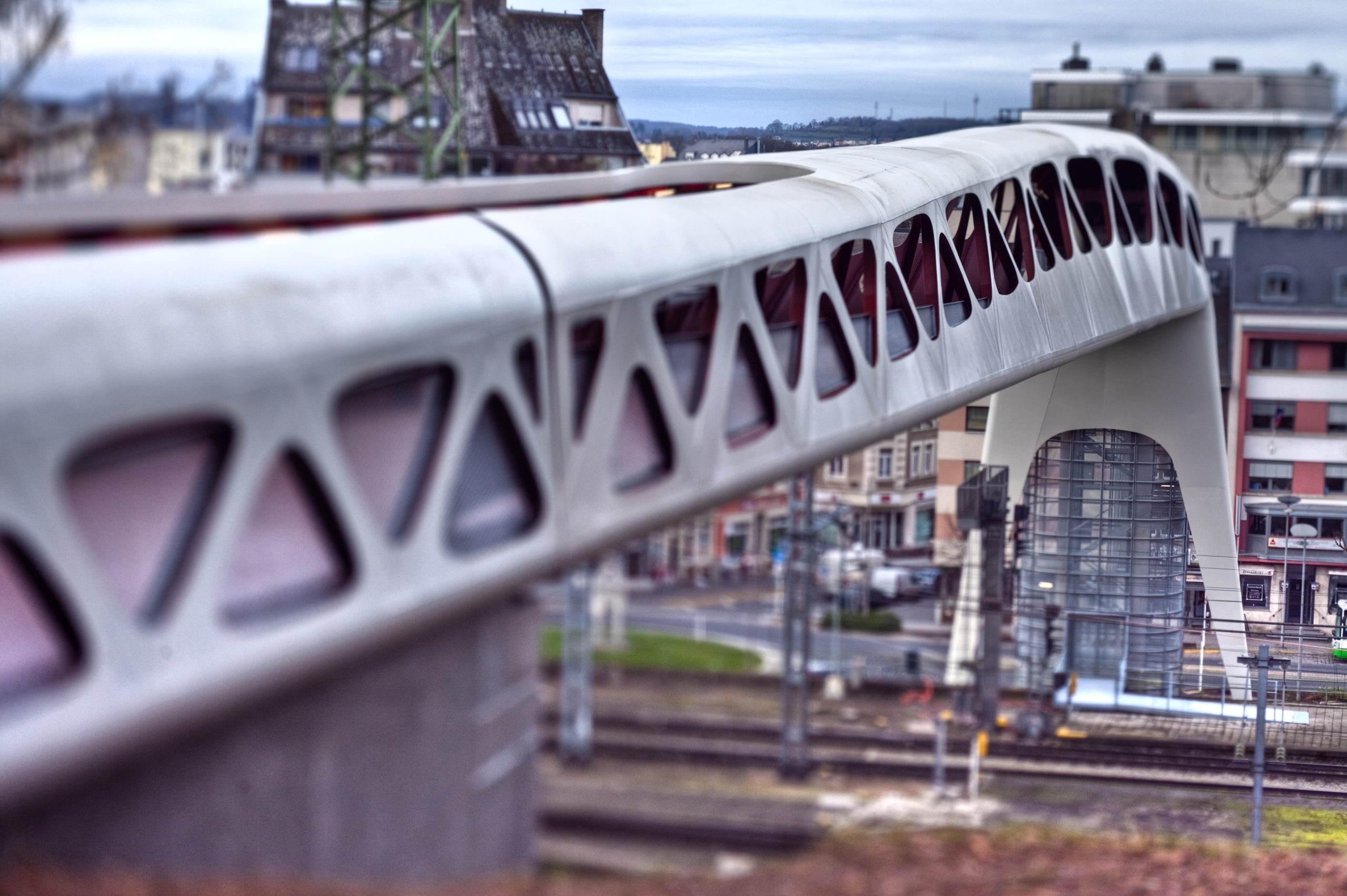 Confronted by its excessive red color, you can feel both unsettled and reassured. Unsettled, because you may feel being in the animal’s mouth, at the first glance carried away by a red carpet which invites you to cross on the other side. Reassured, as it is a reference of the City’s industrial background, linked to the Red Rocks area (‘Terres Rouges’). 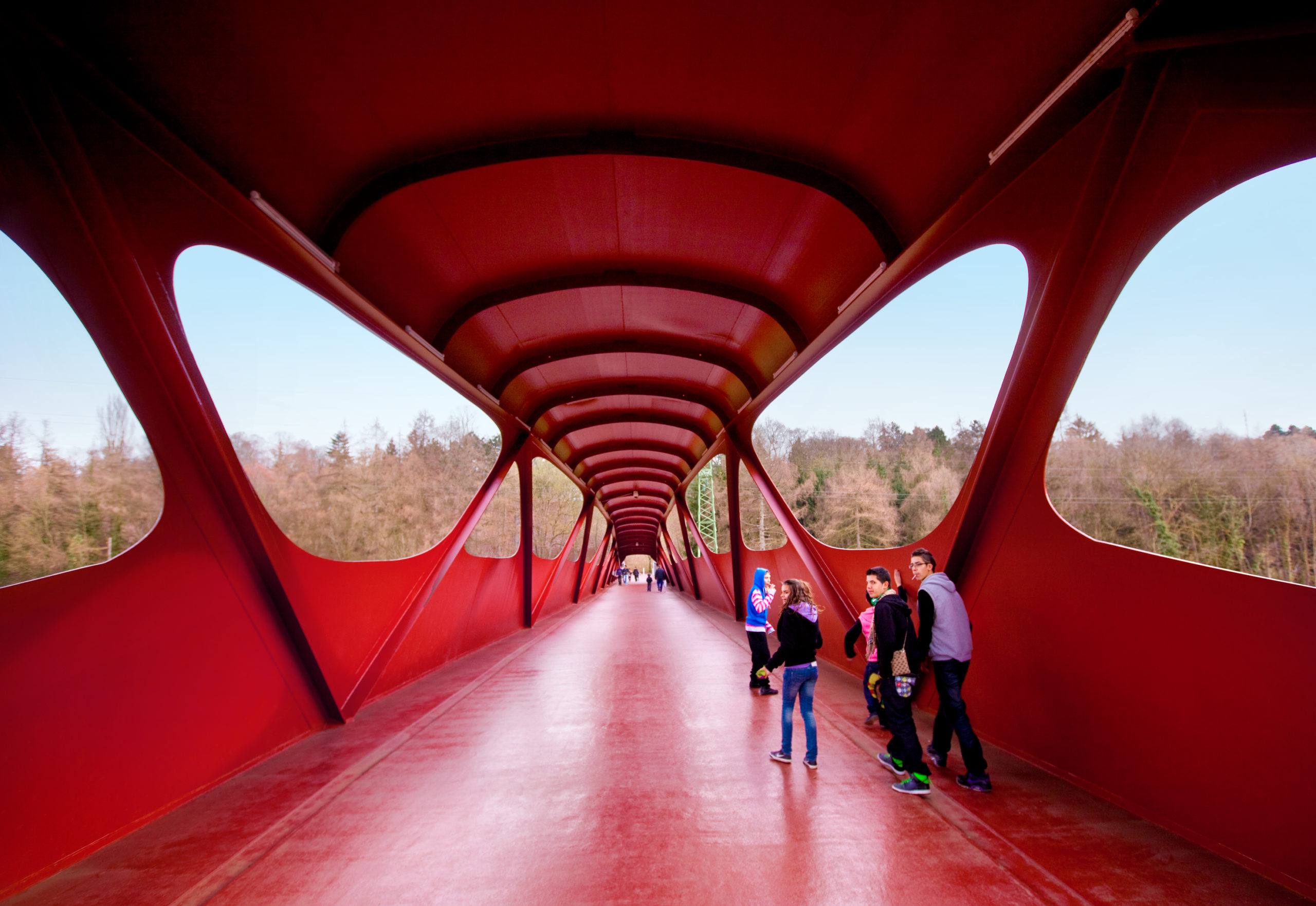 The bridge reflects its environment by changing its expressions according to its moods. During daytime, when the weather is nice, it performs in its sky-grey dress for you, with its rounded edges that display a powerful contrast with the darkness of the woods behind. 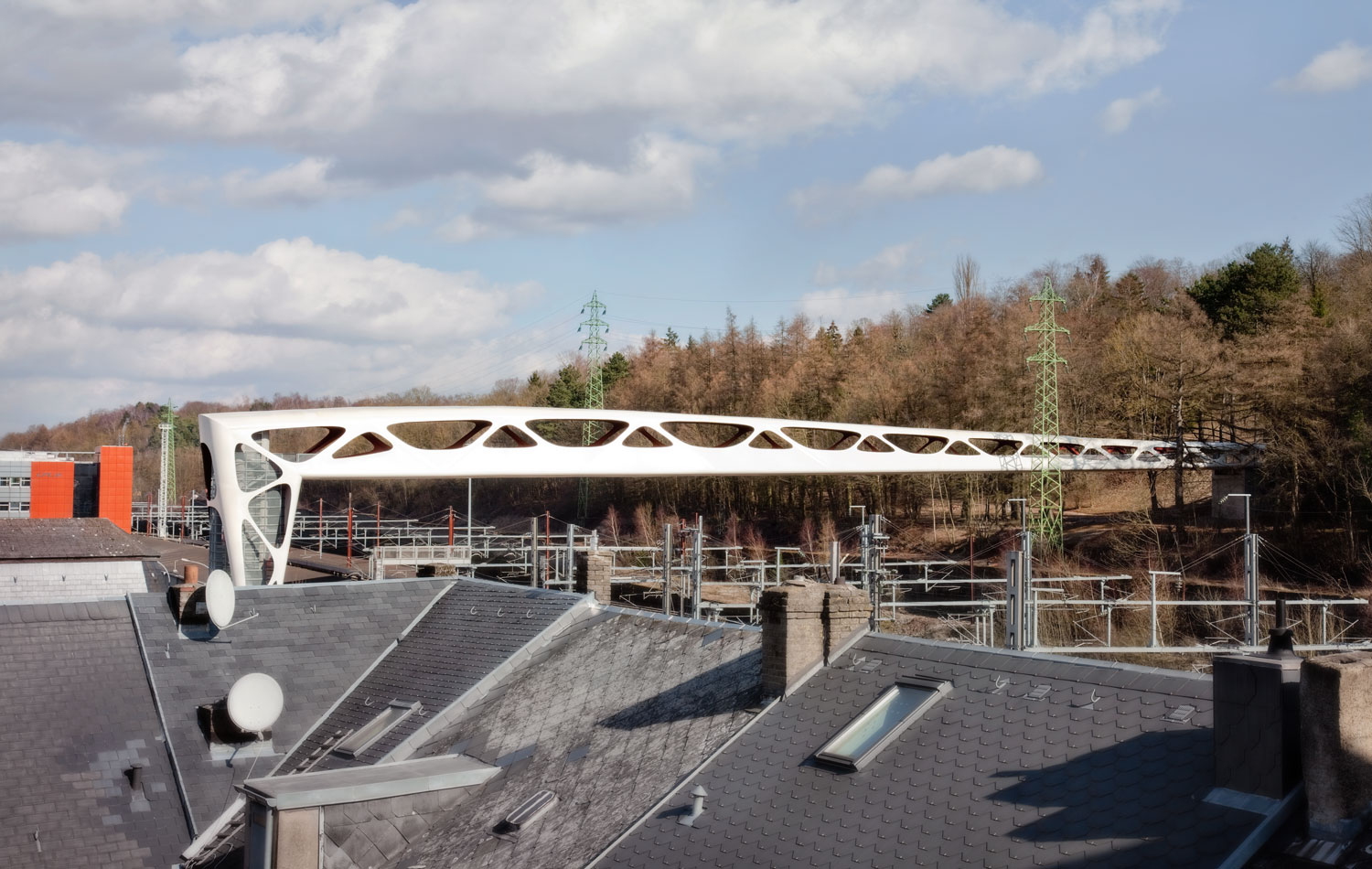 On a cloudy day, the bridge is merging with the color of the sky. It would even hide away from you during a thick fog. 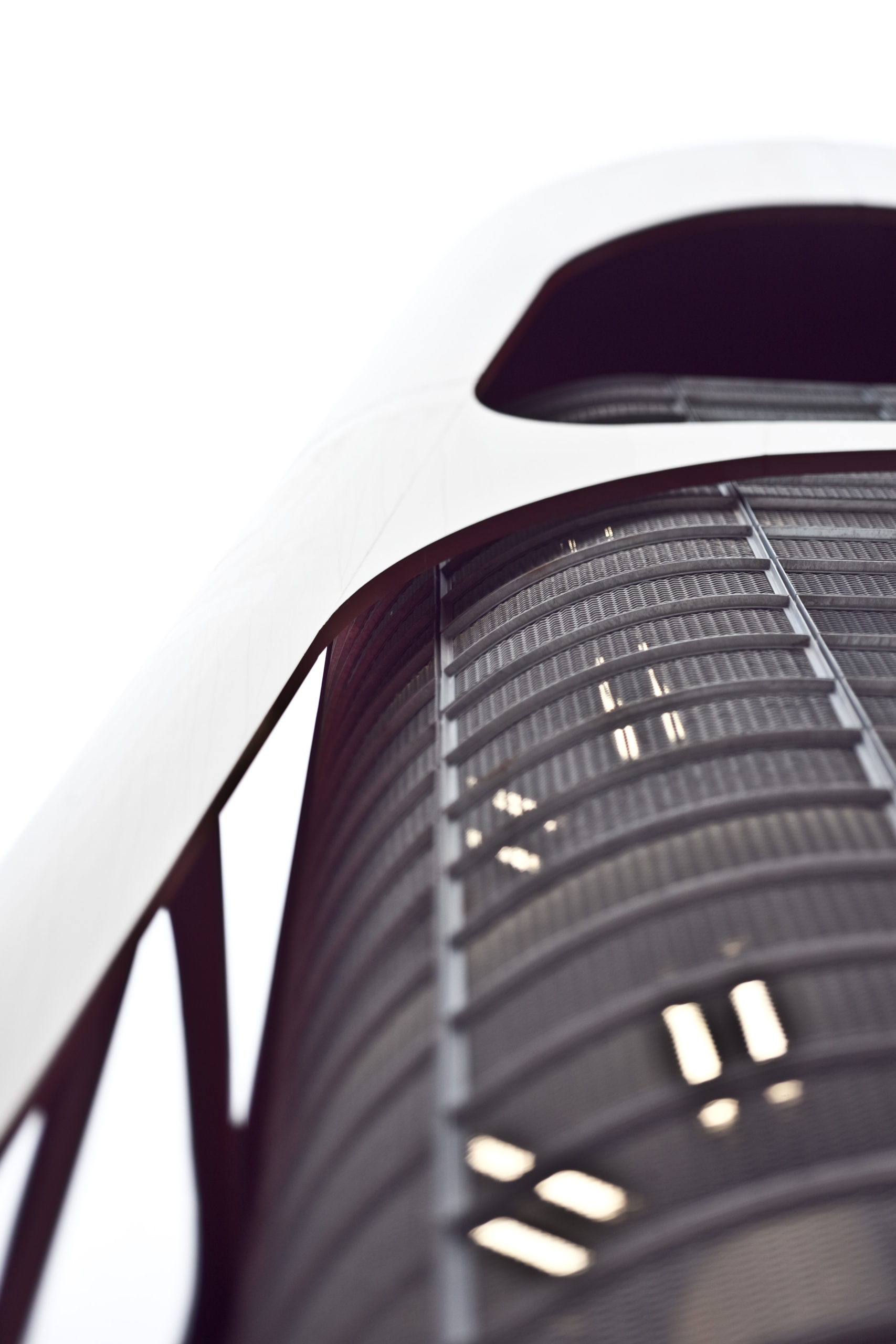 At night, it appears more discreet, joining the illumination of the city effervescence. 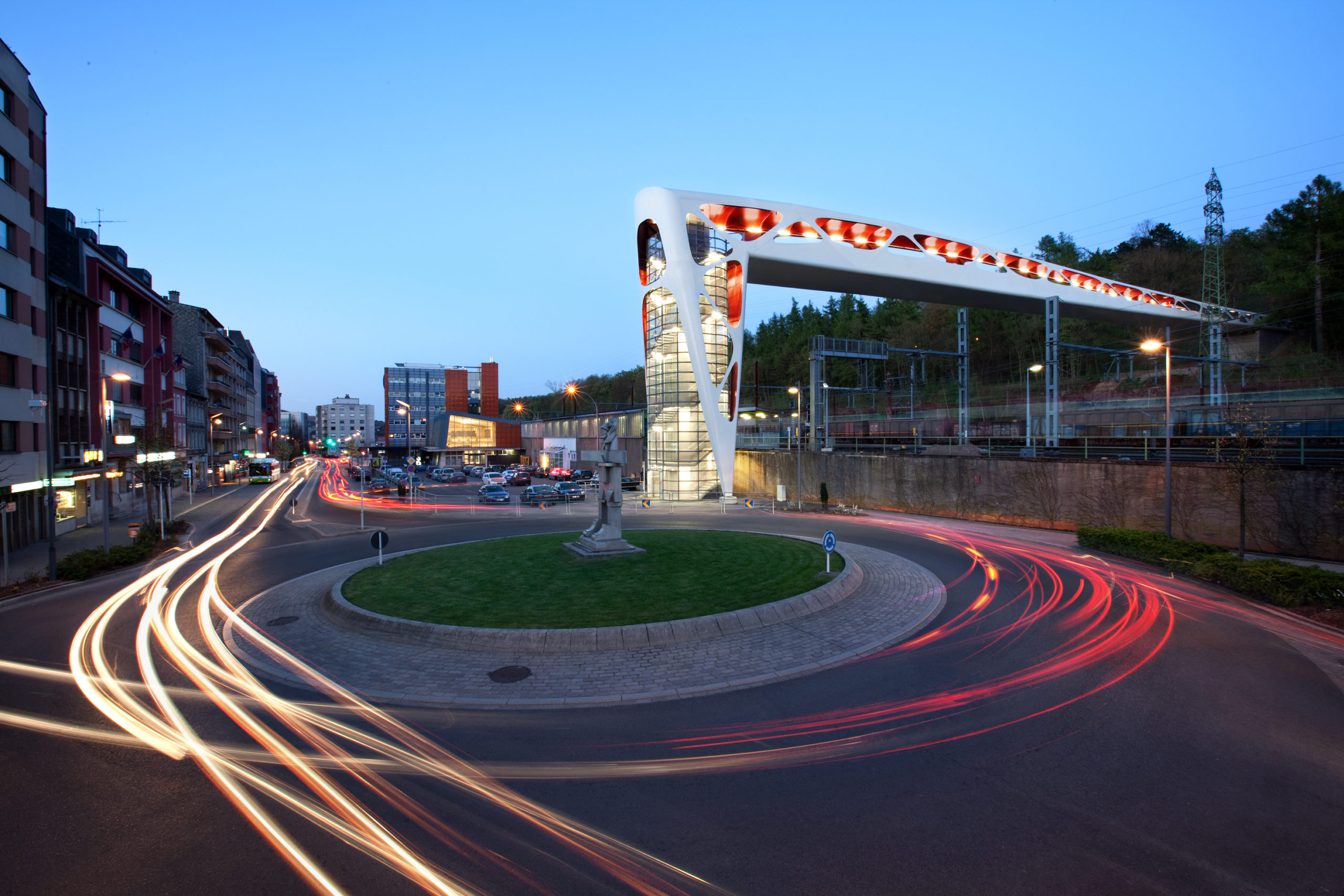 Chance for a second life